In recent years, “Vorder Weggräbli” in Trubschachen has been subject to frequent high water levels, causing large-scale flooding in a residential area. GEOTEST Ltd is currently planning appropriate flood protection measures within the framework of a hydraulic engineering plan.

“Vorder Weggräbli” in Trubschachen has been subjected to high water levels with increasing frequency in recent years, causing widespread flooding in a residential area. Large amounts of bedload and floating debris have been mobilised from the steep catchment area, leading to the complete filling of the small existing retention basin. For this reason, GEOTEST is planning appropriate protection measures for the Trubschachen flood protection corporation. These measures range from channel modification, involving the reopening of the stream course (revitalisation), to bed and bank reinforcement, to a larger spillway into the receiving watercourse. The key component of the planned measures is a bedload collector located above the settlement area. 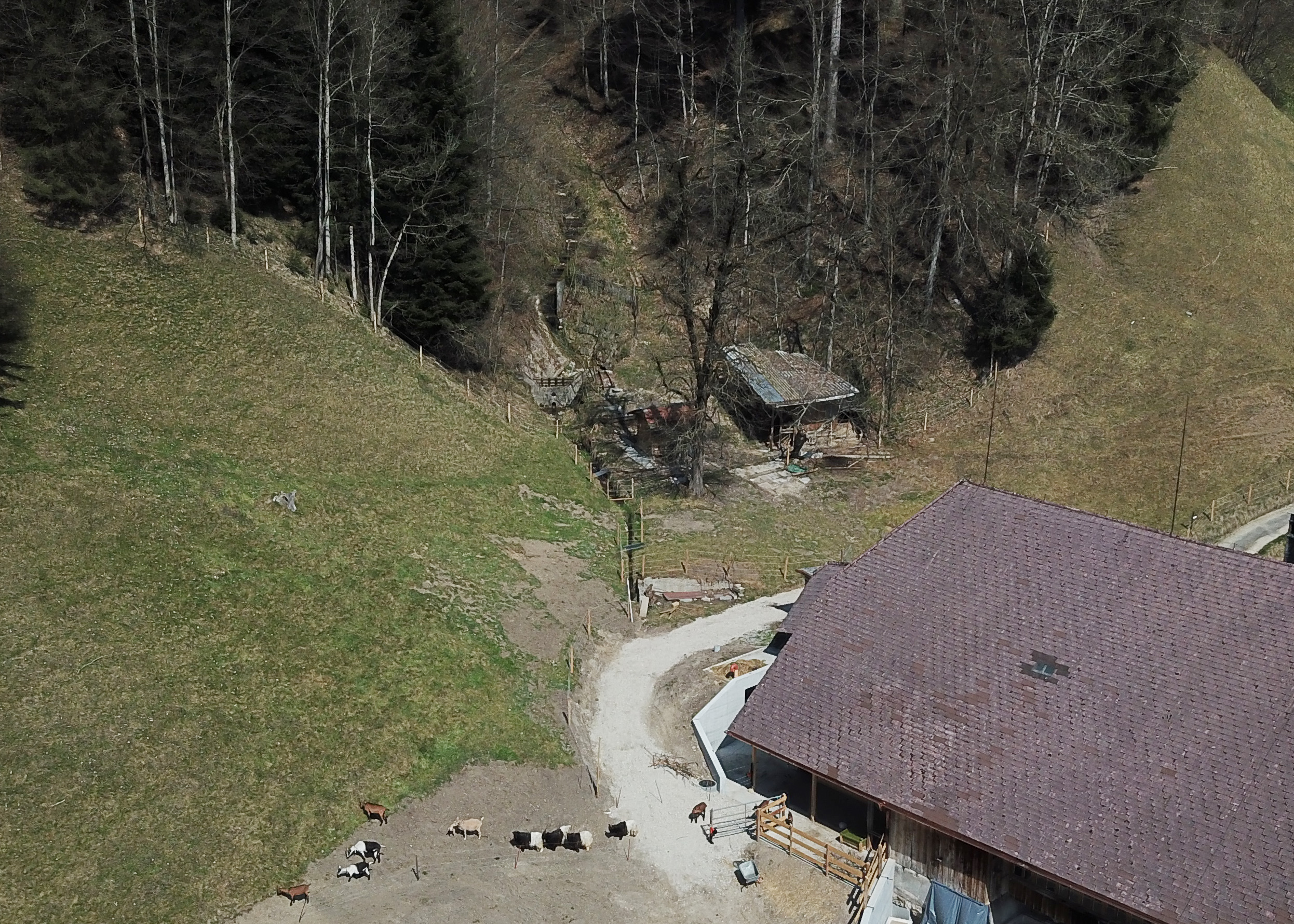 Vorder Weggräbli in its current state... 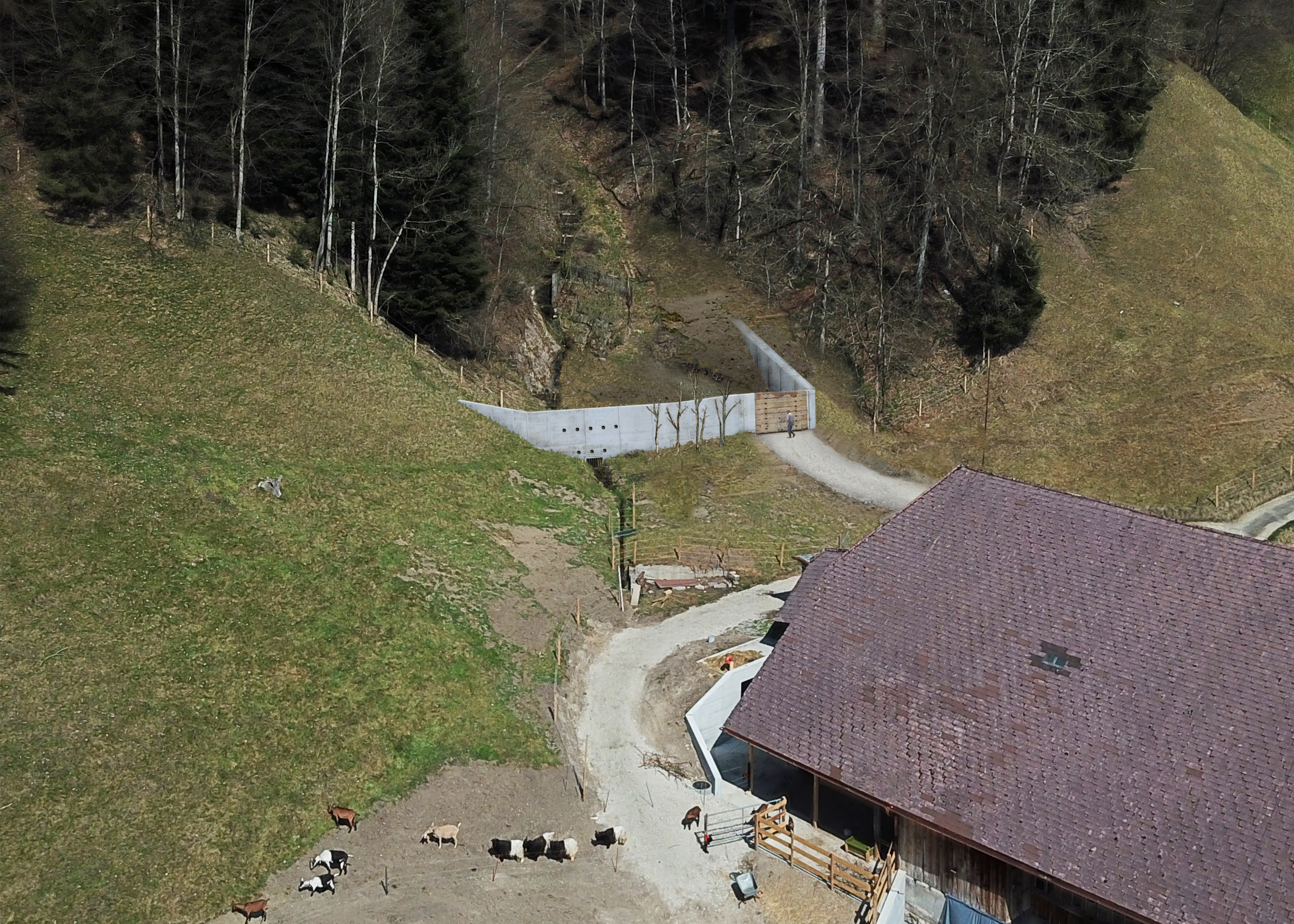 ...visualization of a concrete barrier for bedload retention.... 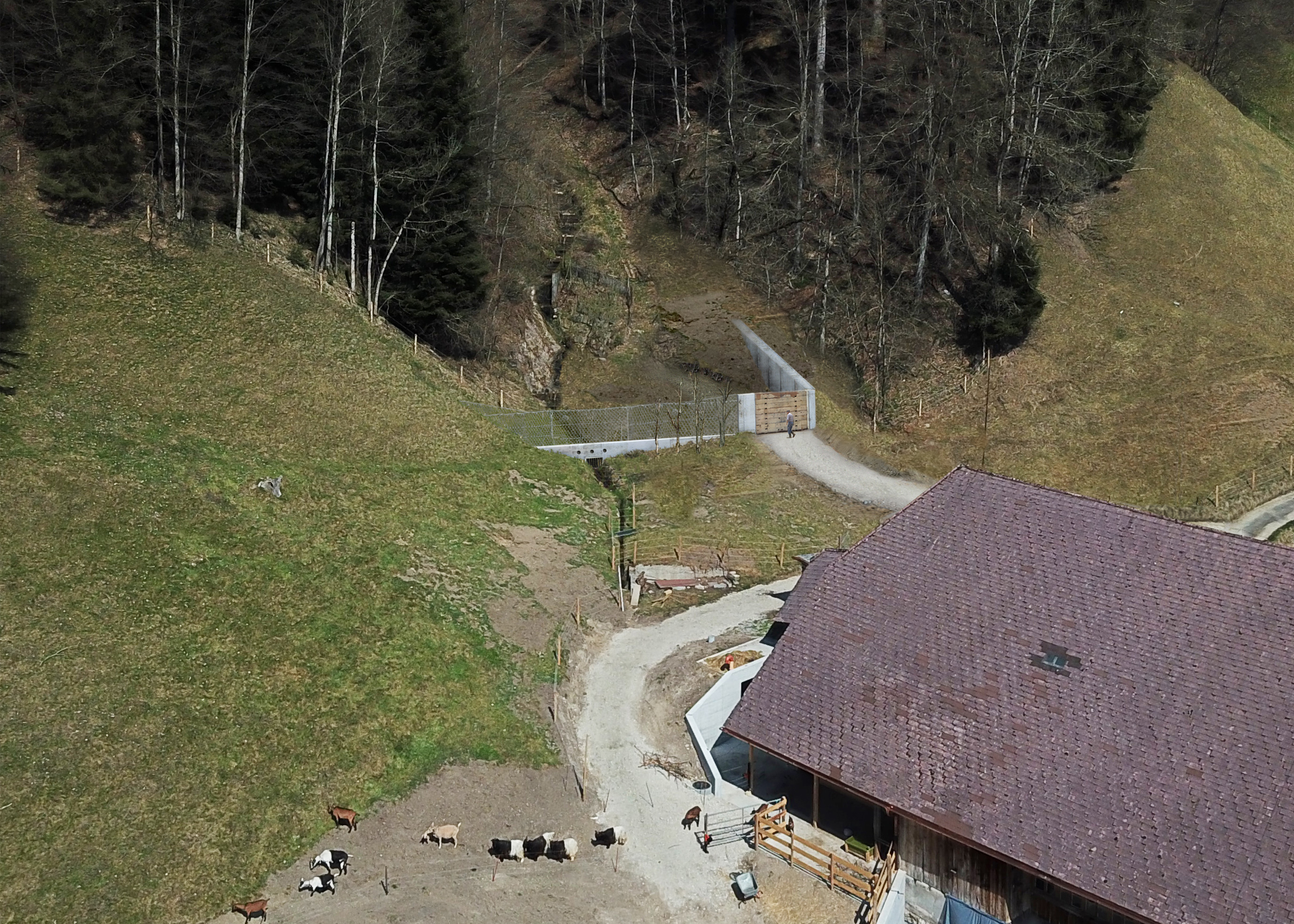 ...as well as a combined net-concrete barrier.

Participative involvement of the population

As a result of the large number of residents affected by the project, several variants of each measure were evaluated at a public participation event. In the case of the bedload collector, one of the issues under discussion was the design of the barrier structure: should a massive concrete structure with a long service life be implemented, or rather a fine protective net with a low impact on the landscape? A clear decision was made in favour of the net variant, for which detailed project planning will now take place over the next few months.

Thanks to the public participation, it was possible to achieve broad acceptance for the protection measures among the population. The flood protection corporation hopes that this will lead to an efficient and mutually satisfactory implementation of the flood protection measures. After completion of the project planning, the approval phase will be carried out this year (cantonal consultation, public presentation of plans, credit authorisation from the canton). The planned measures will be implemented in 2022.