Challenging work against a breathtaking backdrop: the most recent rockface stabilisation measures on Jungfraujoch are not only spectacular, but also technically demanding. 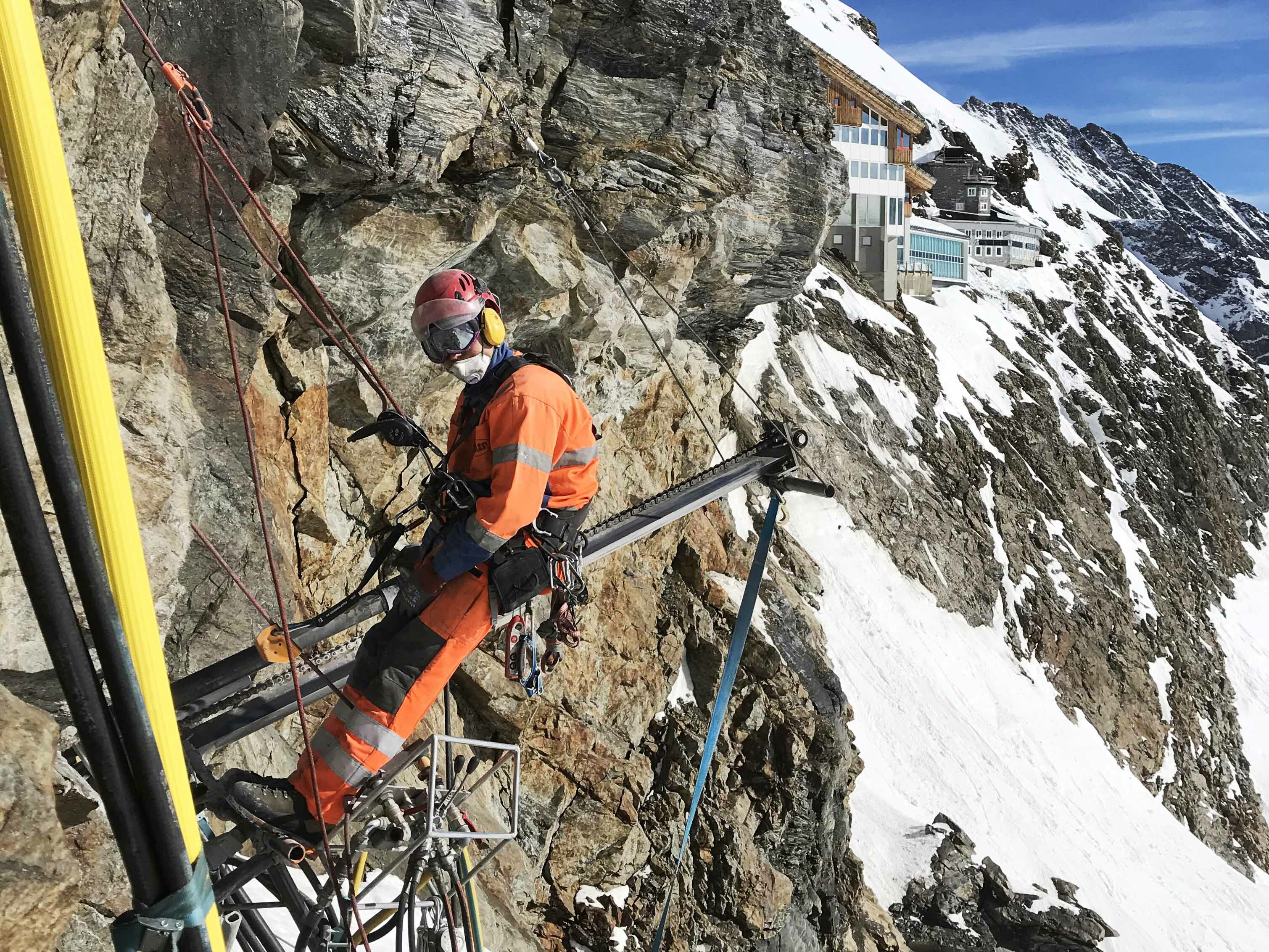 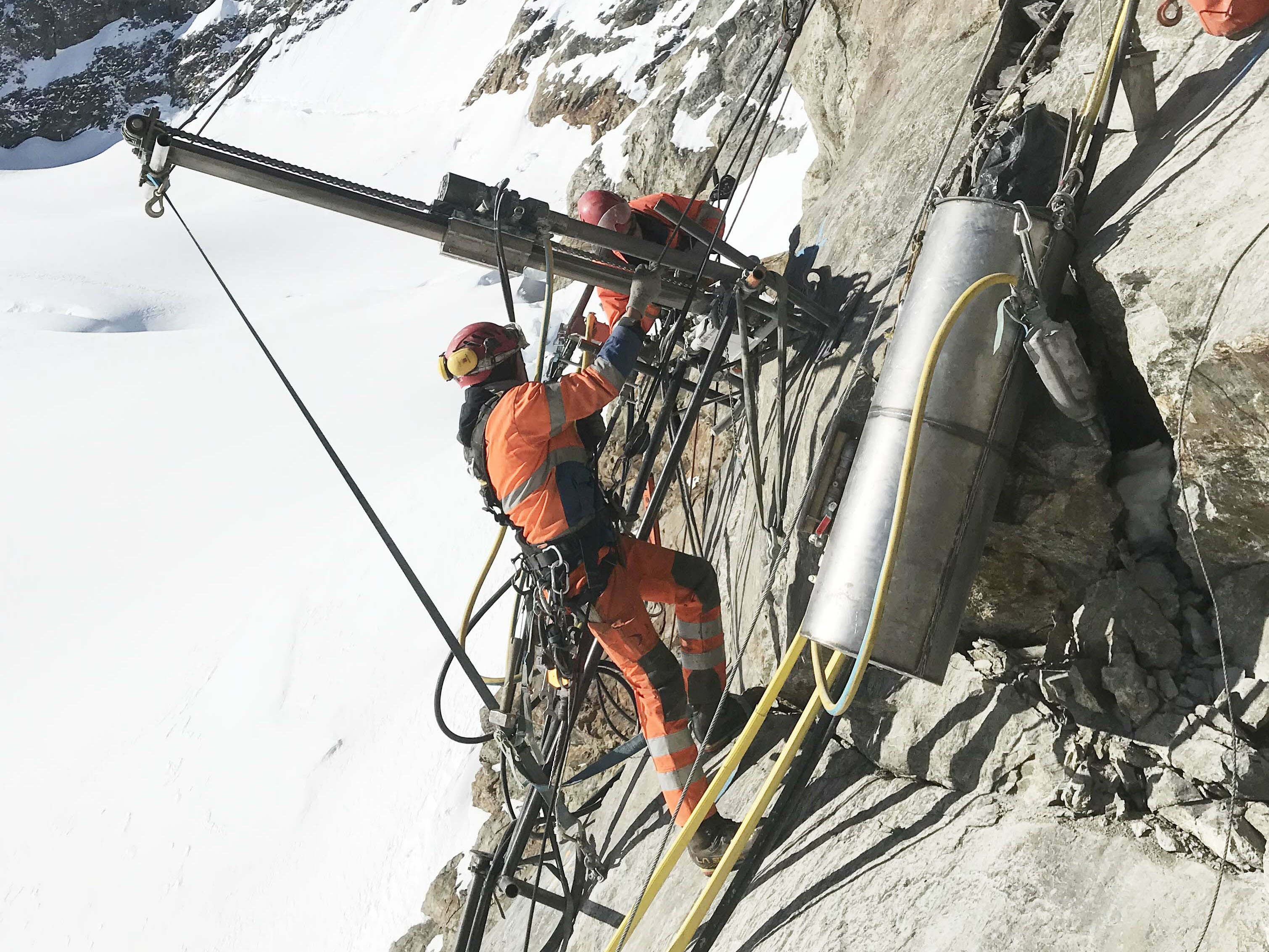 ...conducted on a hanging rope. 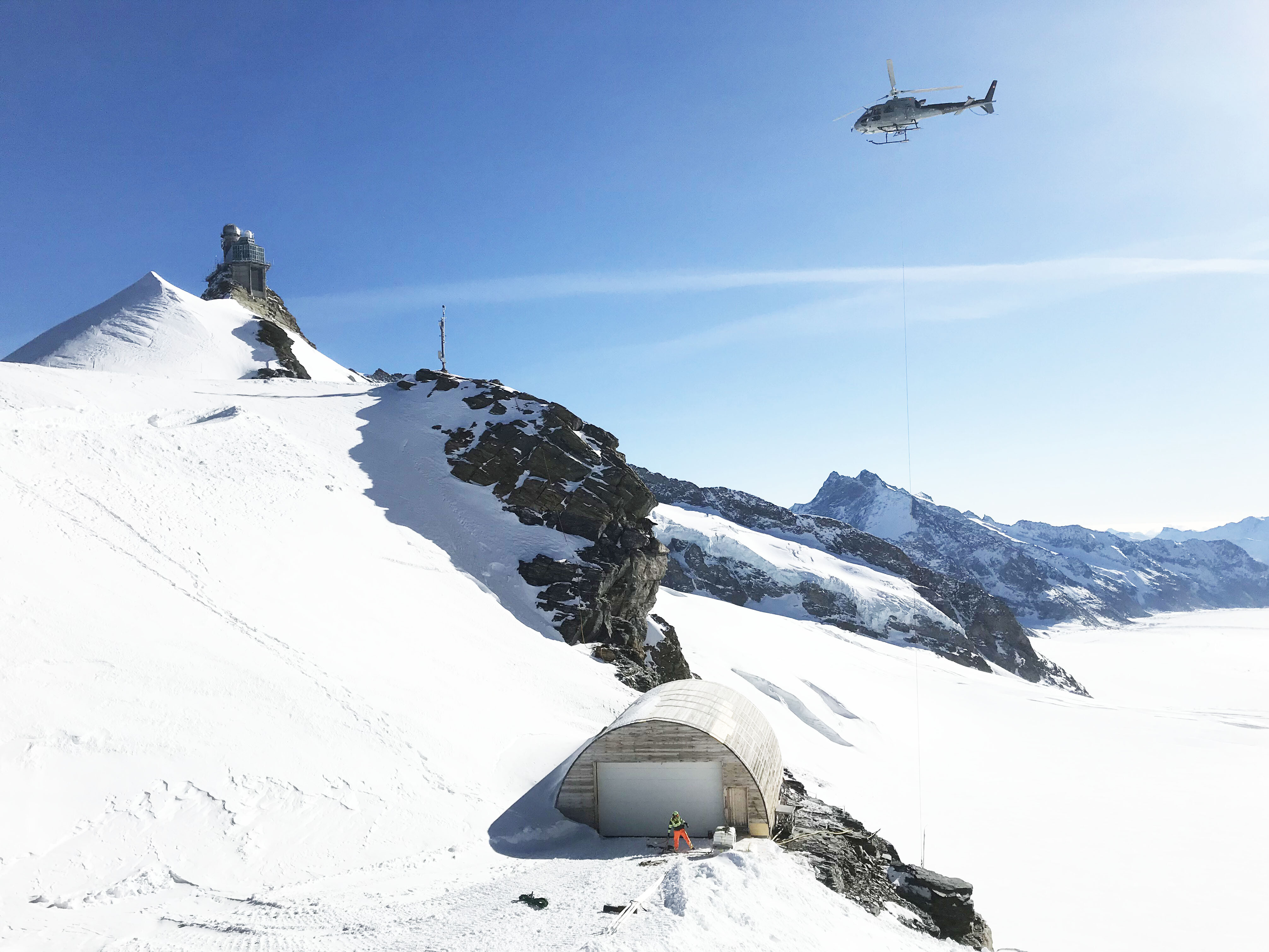 Repositioning the anchors by helicopter.

After a rockfall event west of the mountain restaurant on Jungfraujoch, the need to secure the rock area around a former spoil removal tunnel, which was once used to transport excavated material, became apparent. For this purpose, GEOTEST created a 3D anchor concept based on the digital terrain model, which is now being realised. A total of 31 rock bolts of 9 m length are being repositioned in three different directions. The high alpine conditions and the fissured mountains mean it is a challenge for all those involved. All work is carried out on ropes. In a final step, the anchors are moved in stages by helicopter. 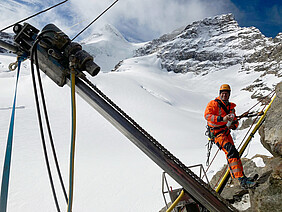