In summer 2018, the spontaneous draining of the glacial lake “Faverges” on the Plaine Morte glacier caused massive flooding at Lenk in Simmental. An artificial ice channel, evaluated by GEOTEST Ltd, enabled controlled emptying of the lake the very next year.

The surface of the Plaine Morte glacier between Crans-Montana and Lenk has melted below the level of the south-eastern watershed, which means that superficial meltwater can no longer flow towards Valais. This is how the glacial lake “Faverges” was created. The lake has become increasingly large in recent decades, as has the annual discharge occurring in summer after snowmelt. In the summer of 2018, the lake ultimately emptied abruptly and immense damage from flooding occurred in Lenk.

Analysis of the development of the glacial lake, conducted by GEOTEST since 2013, indicates that the lake is enlarging continuously as a result of the accelerating lowering of the glacier surface level . Measures to prevent the abrupt emptying of the glacial lake, which forms every year, were therefore considered imperative. GEOTEST, along with a group of experts and the local authorities, subsequently carried out a detailed evaluation of the possible measures. Ultimately, the variant that could be realised before the next emptying of the lake was implemented.

In the spring of 2019, an artificial discharge channel in the ice was created in only 2.5 months under extremely demanding high-mountain conditions. This channel continuously reduces the volume of the lake by diverting the water towards Lenk. The measure is pioneering in several respects. During the channel creation, GEOTEST was responsible for overall construction management, glaciological construction management, development of the safety concept, and monitoring.

The controlled lowering of the lake to a tolerable volume proceeded according to plan in 2019. However, during the winter, the artificial ice channel filled with snow, which severely impaired the outflow in the summer of 2020. Consequently, the effectiveness of the measure will continue to be improved, observed and assessed in order to adjust the channel where necessary to ensure future discharge.

Click here to tour the Plaine Morte Glacier and learn more about the project. 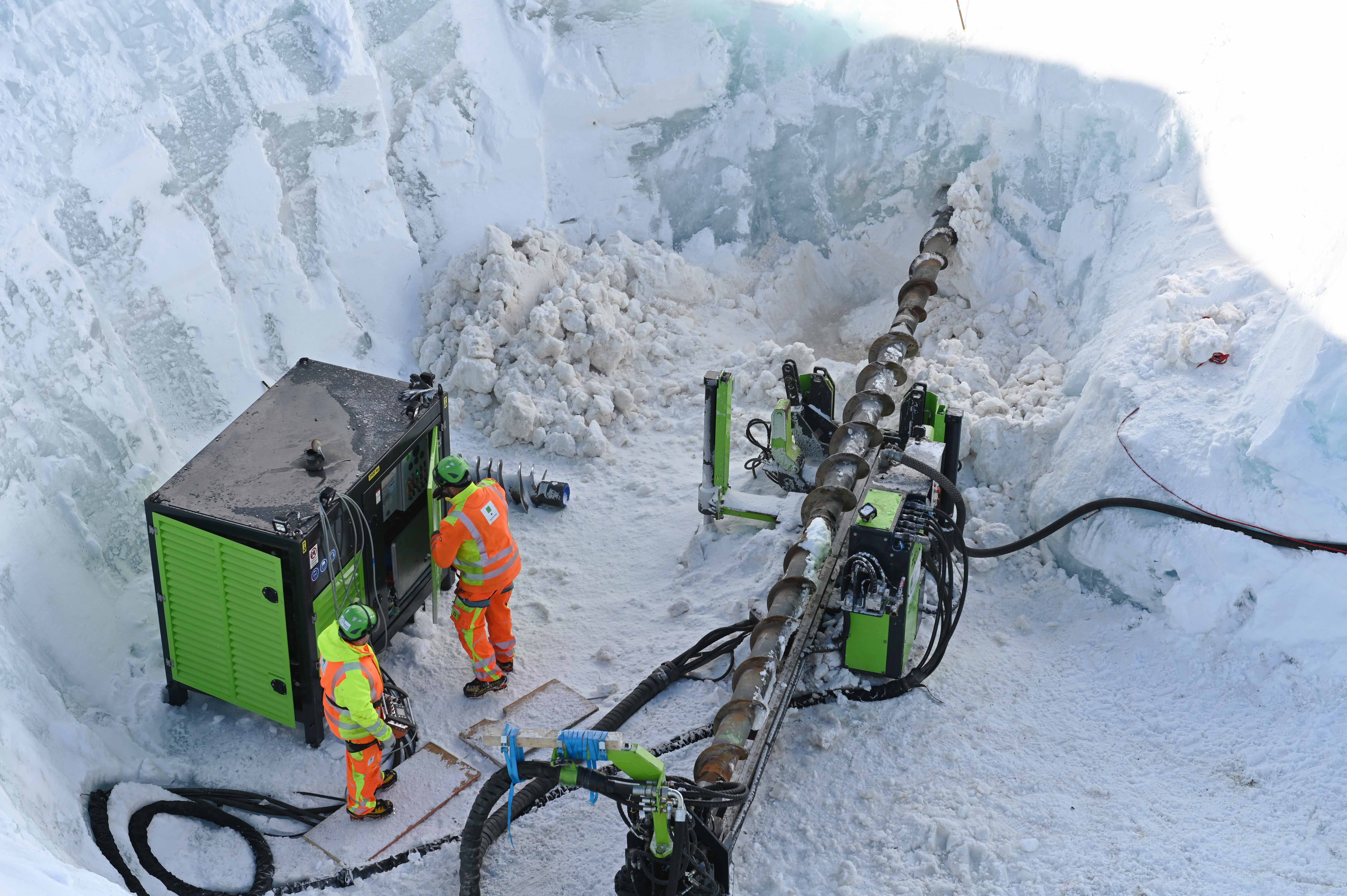 In the first phase of construction, a microtunnel was bored along a section of the route – for the first time ever on a Swiss glacier. 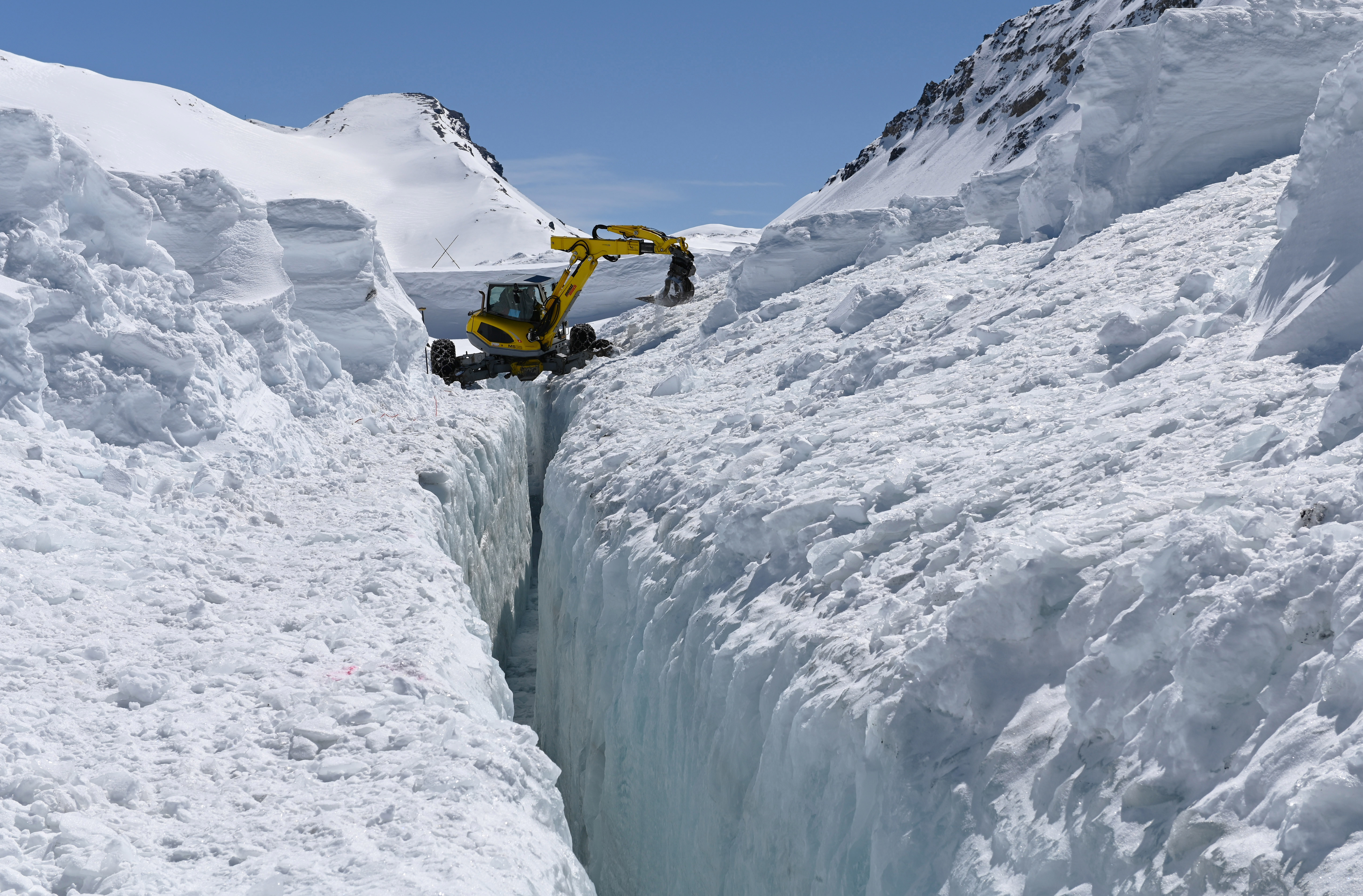 On both sides of the microtunnel an ice channel was created with excavators to drain water from the glacial lake along its surface. 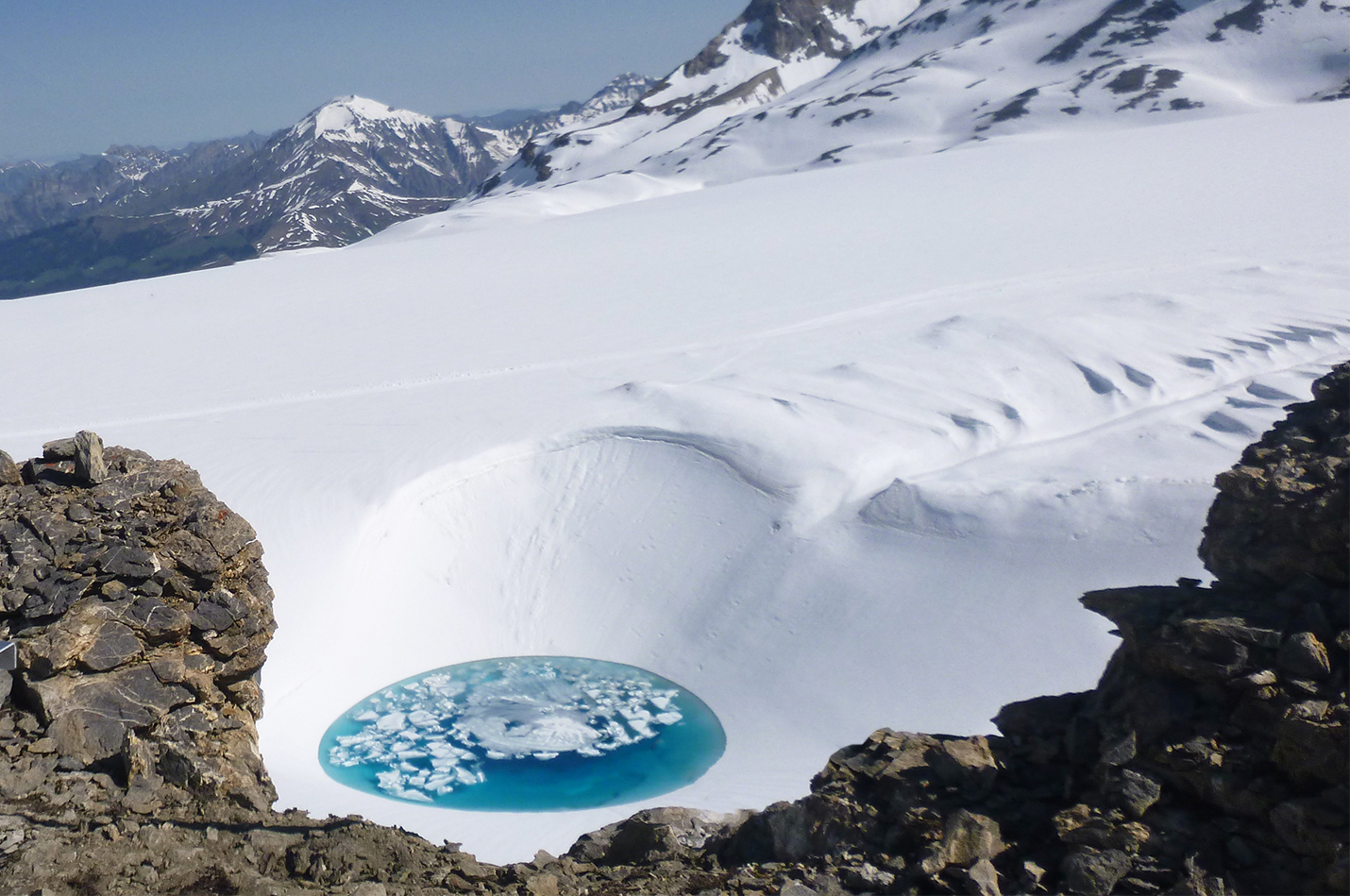 View of the ice channel and the natural moulin at the western end of the glacier. 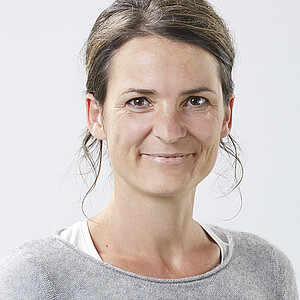