In 2005 and 2011, major storm events occurred in Kandersteg, which led to considerable property damage, in particular due to flooding. As a result, numerous protection measures have been implemented. In 2016, GEOTEST revised the Kandersteg hazard map, based on insight gained from the storms and on knowledge of the protective effect of slope and stream defences.

For the derivation of the possible scenarios and the identification of the frequency and danger level of the areas affected by hazards, extensive terrain surveys and modelling were carried out.

The hazard map serves as a basis for spatial planning in the municipality of Kandersteg and is thus an instrument for developing settlements outside the at-risk areas.

More about natural hazard maps in the canton of Bern 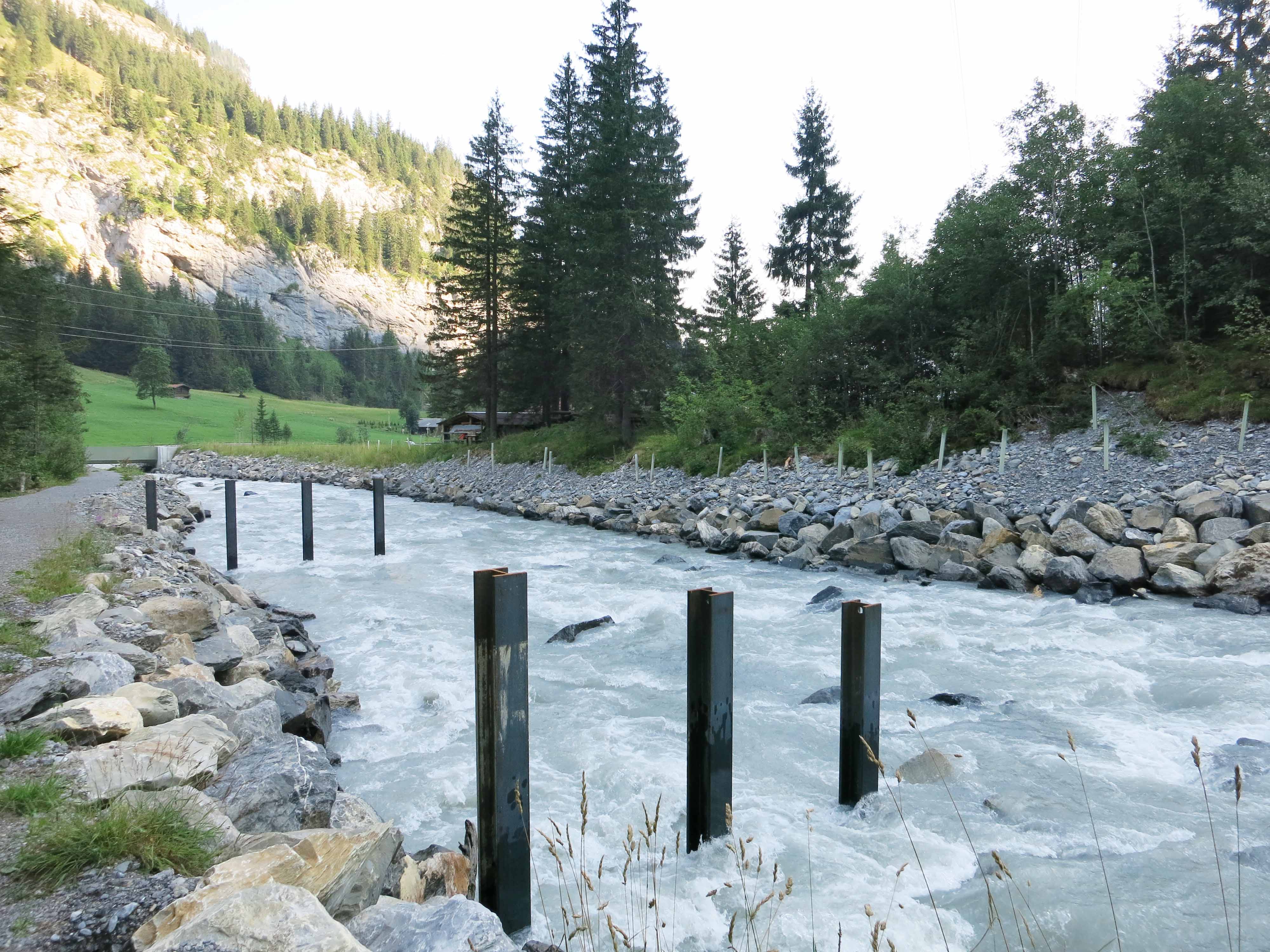 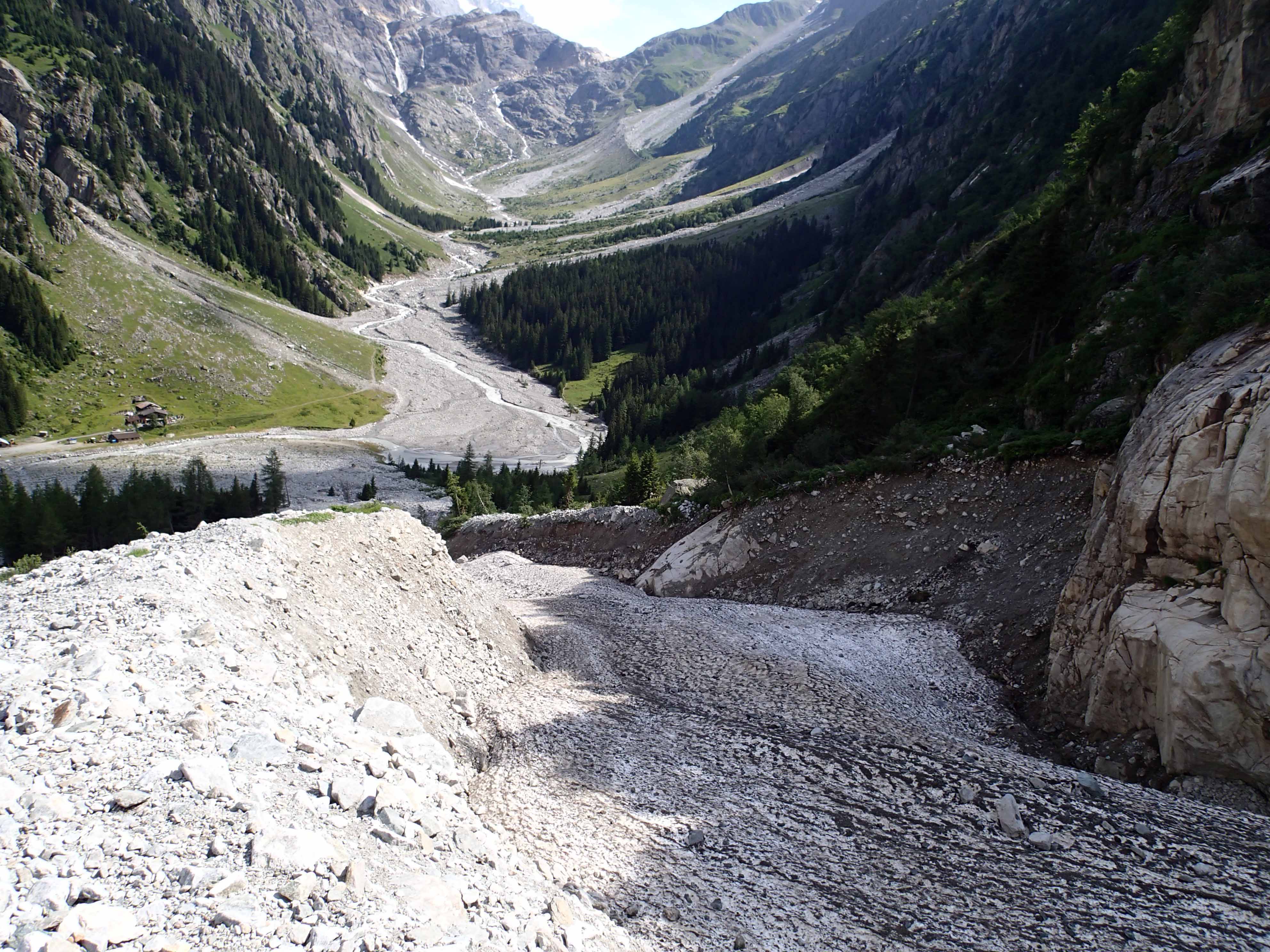 Geomorphological terrain surveys, such as here in Gasterntal, are crucial for scenario development and the elaboration of hazard maps... 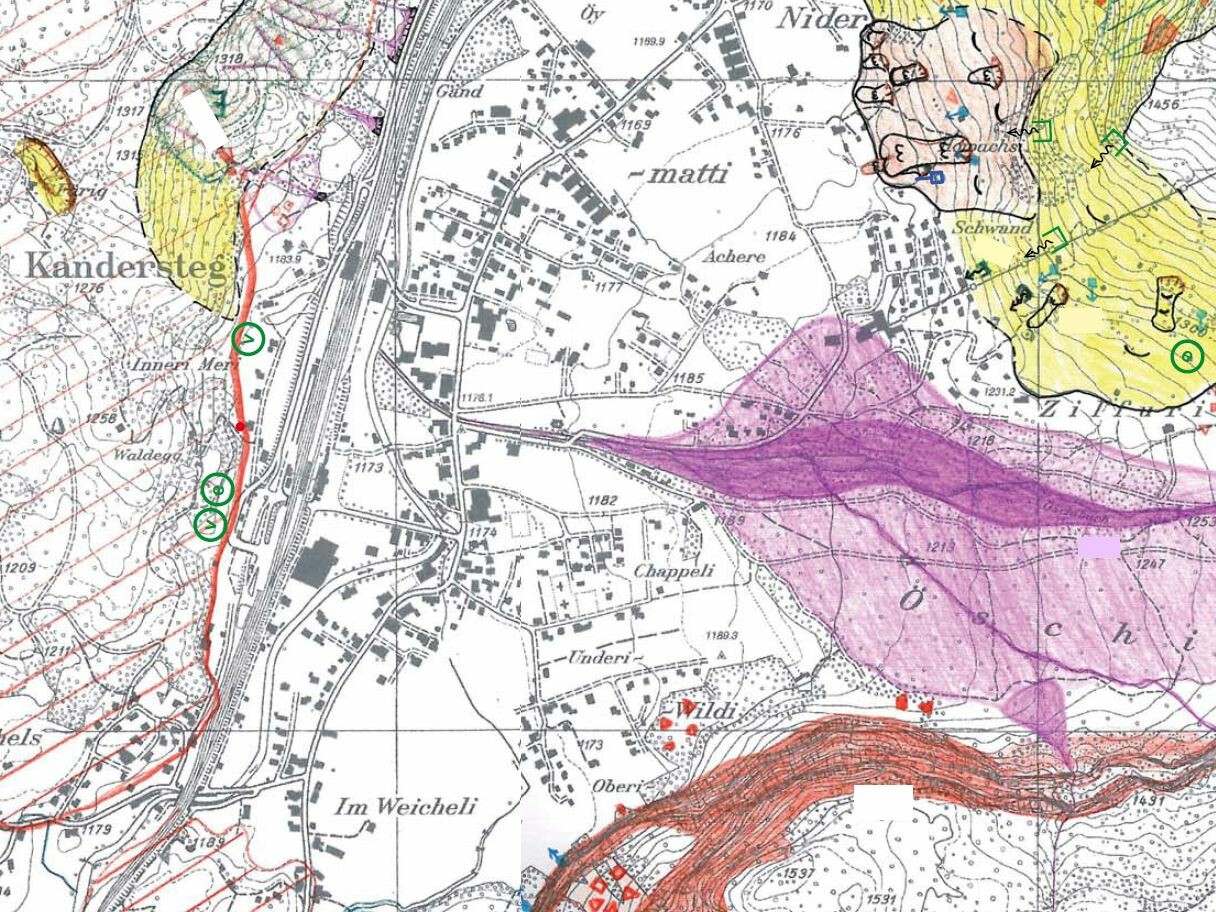 ...and are documented in the map of natural hazard phenomena. 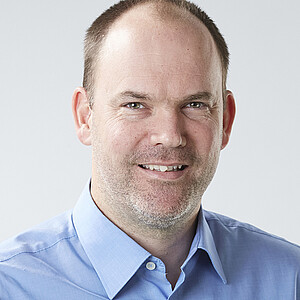