Thawing processes in permafrost resulting from climate change are leading to increased rockfall activity on Jungfraujoch. GEOTEST Ltd has prepared permafrost forecasts and a glacier-bed model to determine the required measures for the Jungfrau Railways.

As a result of climate change, the glaciers on the Jungfraujoch are disappearing, and the thawing permafrost is leaving fractures within the mountains. This has an impact on rock stability and the preservation of technical and tourist facilities. In order to assess the development of permafrost extent, as well as the consequences of glacier retreat on the south-eastern face of the Jungfraujoch, GEOTEST has carried out various investigations and simulations.

In order to predict what influence further glacier retreat would have on rock stability, the profile of the rock surface in the south-eastern area below the Aletsch Glacier was determined using georadar measurements and targeted hot-water drilling. In this way, the glacier bed could be visualised using a 3D model.

Where rock temperatures are below 0°C all year round, there is permafrost. By modelling rock temperatures, the lateral and vertical extent of permafrost can be estimated. On the Jungfraujoch, these temperatures are influenced both by climatic developments and by the heat input from tourism in the tunnel systems. Both heat sources are considered in the modelling conducted by GEOTEST. Rock temperature models were combined with glacier retreat models to derive consequences for maintenance and infrastructure construction, which Jungfrau Railways can use as the basis for future operations. 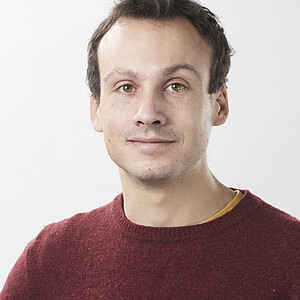